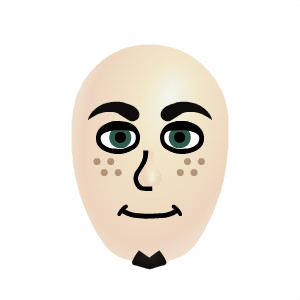 I worked for a big web services company for almost 12 years, leading development, operations, and QA teams. We did it at pretty big scale. Not Google or Amazon big, but pretty big (at one point we estimated that we hosted about 1% of the sites on the web).

I spend a lot of time thinking and working with tech, teams, and people. I love getting things done, particularly big, complicated things. And I get my hands dirty. I don’t write a ton of code professionally any more, but I still write some. I also love to help co-workers debug hairy issues.

These days, I’m doing my own thing and prepping for pending fatherhood. It’s giving me some time to do things like work on some new tech skills (Swift, relearning Ruby) and some personal skills (using power tools).

I live around Boston. I have Celtics season tickets. I’ve been to about 400 games in the past 10 years. Yeah, it’s a lot. But I got to see a championship live, some memorable KG and Paul Pierce games, and some insane Isaiah Thomas performances. I’m hoping this can be something I can pass down to my boys (in a few years, after they’re born and all).

Occasionally I build little programs or tools. Most of them are wildly out of date or are of little use these days. But, I keep them here for posterity. You never know when you’ll need to use Firefox on some old computer and need a Greasemonkey script.

I’ve played around with some basketball stats and created something called Points Created. It’s fun to check out every now and then. I tend to rewrite it every year or so in a new language as a way to learn how to parse data in another language. This one is in perl (my original love).

At one point, my most popular (and useful) tool was a little Greasemonkey script that lets you automagically add Evite invitations into Google Calendar. You can also grab it from a mirror of Userscripts.org. Last I checked, 1851 people had installed it. I’m sure it doesn’t work any more. And Evite added this functionality. But whatever, it’s here. Posterity.

Years ago, when I was learning very early .NET, I built a little baseball toy that lets you pit any two historic teams against each other, using the data from Baseball-reference.com. It was kind of fun. It requires .NET and Windows and I’m 100% sure it doesn’t work any more. But maybe you want to play with it and make it useful again.

If you really want to, you can see my resume. It’s not terribly up-to-date.