The blizzard/huge winter storm/whatever Nemo, or "the storm that would be named Nemo, but we don't name winter storms" came and went and dumped somewhere between 20 and 30 inches on us here in Somerville.

After spending most of Friday and Saturday snowed in, it dawned on me how poorly we are equipped to handle large snowstorms. I don't mean equipped as humans—it seems like folks mostly heeded the warnings and hunkered down. Or as a society—it seems like a storm like this brings out the best in (most) people, as folks helped each other shovel out, while kids walked between piles of snow taller than they are.

I mean technologically, it is baffling to me that we haven't come up with a better way to deal with snow. For the next few months, we'll be stuck with 4 and 5 foot high snow piles blocking half of the streets, making it impossible to find parking, to pull out around corners, and generally making walking and driving a massive pain in the ass.

How have we not developed better technologies to deal with this? There are big trucks that melt snow and trains with jet engine-like devices that melt and evaporate snow on train tracks. Obviously, the big issue is the energy and fuel required to generate enough heat to melt and/or evaporate the snow. There's the environmental effect of melting the snow and where all that water will end up.

It seems to me, though, that in the last fifty-odd years, these problems should have been solved. Or that they're solvable. Why can't we harness solar energy (expensive, most likely) or wire sidewalks and streets with heating elements (or elements that retain heat in some meaningful way) to melt snow away as it falls.

Hurricanes, tornadoes, storms like that…I get why we don't have better ways to deal with them.

Or maybe I just hate winter. 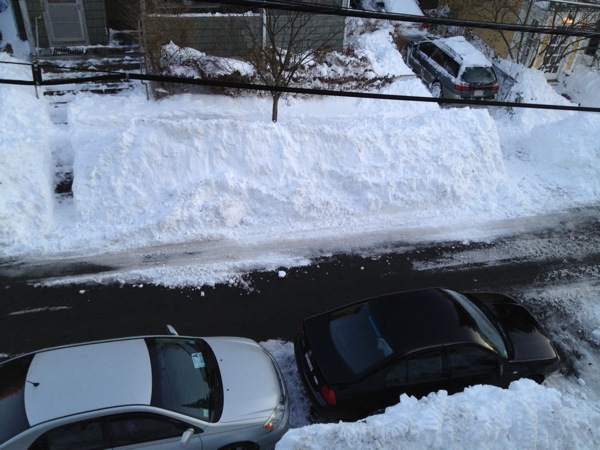 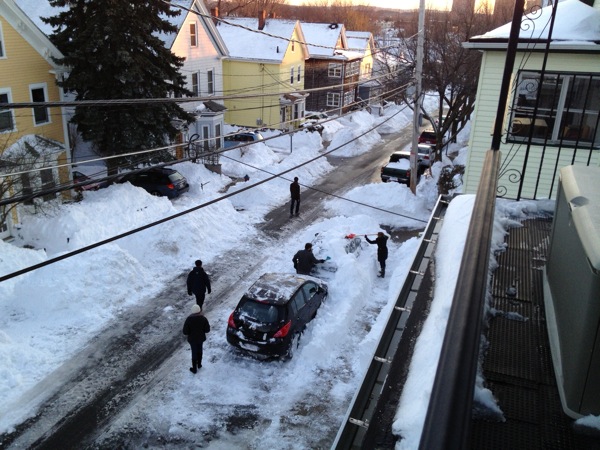