The Things They Didn't Tell You About iTunes Match 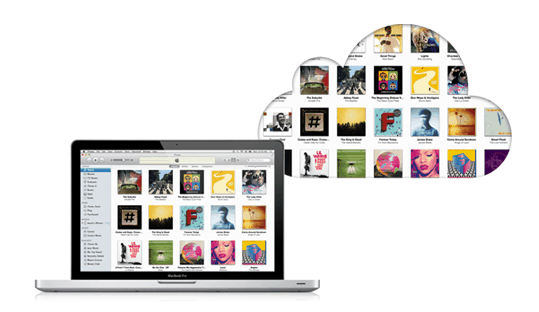 I’ve spent the last few weeks getting iTunes Match up and running across all of my machines that support it. This includes a couple of different laptops with iTunes Libraries, an iPhone, iPad, and a couple of Apple TVs. For 80% of the population, I’m guessing the basic iTunes Match service will work splendidly. They’ll turn it on, feel better that they’ve got all this music up in the cloud, and love that they can pull down all their music on their phone without plugging it in over USB.

However, if you’ve got more than 5 or 6 GB of music, or keep your iTunes metadata clean, or are familiar at all with smart playlists, you’re probably going to bump your head a time or two.

If you read through this, you may avoid those unsightly welts on your noggin’. Sadly, I didn’t.

Getting Music into iTunes Match

Again, for most folks, you’ll just turn it on, let iTunes Match chug for a while, and then you’ll be done. That while might be an hour or two, but start it before you go to bed, and when you wake up, you’ll be all cloudly.

The rest of you are likely going to run into a couple of things uploading your music. The first thing you’re giong to do is turn on the “iCloud Status” column in iTunes (right-click on the columns at the top of your iTunes). The second thing to do is make an “iCloud Errors” smart playlist so you can triage any of those songs.

What we’re basically doing is looking for all the songs that are in our library that didn’t get matched or uploaded (or weren’t already purchased from iTunes). This playlist is going to basically show you two types of errors:

The first thing you’re going to do is select all, right-click, and choose “Add to iCloud”. iCloud, often, just messes up the first time through and it’ll upload or match a bunch of tracks the second time. Once you’ve done that, you need to deal with these tracks individually.

These, by and large, will be tracks that fall below iTunes Match’s standards. Usually they’ll be tracks you ripped a long time ago and are below 128kb (bit rate) or will have been ripped at a variable rate and didn’t require much (often vocal or quiet tracks end up at a low bit rate). Fixing these is simple: right-click on them, choose “Convert to MP3” (or AAC, whatever your iTunes is set to), and let it go. Your iTunes will make a copy of your track (metadata included), at a bitrate high enough for iTunes Match to be happy.

Occasionally, you’ll find iTunes Match needs a bit more coaxing, which involves turning your track into an AIFF track and then back to mp3. Macworld covers that process in detail, so I won’t repeat it here. I only had to do that twice out of ~9k songs.

If you find a bunch of tracks marked as “Error”, in my experience, just retrying the “Add to iCloud” option fixed them. For a handful of other tracks, the issue was that the mp3 is corrupt and iTunes Match couldn’t read the song to match it. Your best bet is to re-rip that music, because surely you ripped that music off your own CDs and didn’t steal it from Napster or someone else’s collection, right?

I ran into a case where Purchased music that was definitely on my machine stopped working. I have no idea why or how, but it did. It was the most recent album I’d bought via iTunes. All of a sudden—my guess is that I ended up with a contention between the songs downloaded to my computer and to my iPad—iTunes lost the metadata and couldn’t play the music.

The solution was one of the major features of iTunes Match. I deleted the songs, and then re-downloaded them. Problem solved.

iTunes Match does a reasonably good job of managing metadata. It doesn’t replace any of it, so if you’re hoping that you’ll take all of your crappily tagged music and have iTunes replace it with much better data, you’re going to be disappointed.

However, if you’ve done a reasonably good job of keeping your iTunes library tagged, iTunes Match allows you to merge all of your iTunes libraries into one big library in the cloud. Doing that is insanely easy.

There are some gotchas that pop up when managing your now merged libraries in the cloud. 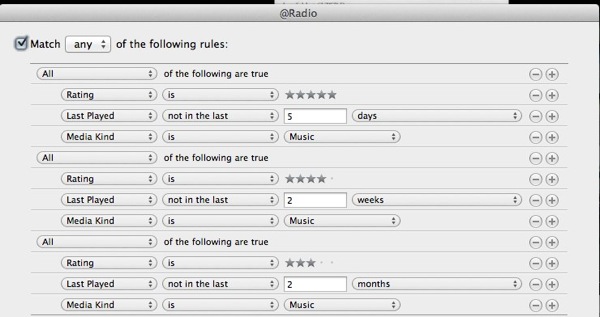 Is it worth it?

In the end, is it worth it to move to iTunes Match? So far, for me, I think so. I no longer have to manage multiple iTunes libraries the way I was before, which probably saves me an hour or so a week. When I’m at work on my Macbook, I can listen to music that isn’t locally on my machine. If I ever run out of space, I’ll just blow up a bunch of my music, but still be able to listen to it as long as I have an internet connection.

The fact that I no longer need to have my media server turned on just to serve up music to the Apple TV is going to save me more in electricity than iTunes Match costs per year.

One day, when I get bored, I can go through and replace all of my old bad rips with pristine iTunes copies. That’s kind of nifty too, and probably worth the $25 by itself.

The broken smart playlists and Genius on iOS devices is a bummer, and in some cases, so un-Apple-like that I wonder how the hell it got out the door. Then I remember that probably 5% of iTunes users have ever created a smart playlist or used Genius and it makes a bit more sense.

In 6 months, if we’re still complaining about poorly matched songs, broken playlists, and all that fun stuff, I certainly won’t be happy. But, we’re still talking about $25/year, which to me feels worth it just for having a backup of all my music off-site, and the reduced electricity use in my house from not having to keep a media server turned on.

Your mileage may vary, of course.